Dr. Nima Pakravan graduated in 1996 from UC Berkeley (Cal) as an engineer and soon after transferred to UCSF in San Francisco to obtain his dental degree. He has practiced for over 17 years as a dentist.
He is the founder and president of the reputable patient education program “MediaMed” for a decade. Dr. Pakravan’s sole intention was to educate patients about their dental needs in easy and friendly manner. Currently MediaMed program is used by over 10800 dentist all around the world.

Dr. Anthony Needham has been practicing general dentistry in Berkeley and surrounding area since 2002. He graduated from the reputable UCSF School of Dentistry in 2002. After a short stint as a clinical doctor at Smile Care, he accepted a position at University Dental, where he ran a dental clinic catering mainly to students.
His duties included all phases of general dentistry, wisdom teeth extraction, and oral health education. With his extensive experience to work on college students, Dr. Needham started his practiced in Berkeley to further accommodate the UC students . He takes great pride in his professional practice, which emphasizes strong personal service and relationships with his loyal patients.

Dr. Kane has been practicing dentistry for more than thirty years. Dr. Kane attended UCLA and UC Berkeley as an undergraduate. He received a B.A. from UCLA then continued on to receive his dental degree from the UCLA School of Dentistry. He was a clinical professor at the UCSF School of Dentistry from 2003 thru 2009. In 2006 he was awarded outstanding clinical professor by the graduating class.

Although he enjoys all aspects of dental care, he felt most satisfied when performing root canal therapy and has now devoted himself completely to this specialty. The advancements in knowledge coupled with new technologies make root canal therapy very satisfying to the practitioner and most important, beneficial to our patients. Modern endodontic therapy routinely offers excellent clinical outcomes even in challenging cases.

Dr. Kane enjoys his family, photography, travel and seeing the world on his motorcycle.

Dr. Phan is an Oral and Maxillofacial surgeon who recently moved back to California. After completing his undergraduate studies at the University of California at Berkeley, Dr. Phan continued his education at the New York University College of Dentistry where he received his D.D.S. degree and graduated at the top of his class. He earned numerous awards for clinical and academic excellence and was inducted into the National Dental Honor Society.

In his free time he enjoys spending time with his wife and newborn baby.

Dr. Kevin Fernando was born and raised in Orange County, CA. He completed his Bachelor of Science degree at the University of California, San Diego before obtaining his Doctor of Dental Surgery (DDS) degree at New York University. During his dental education, he was involved in student government and intramural sports. He is currently a member of the American Dental Association, California Dental Association, and Contra Costa Dental Society. Dr. Fernando’s favorite part about dentistry is developing relationships with his patients while providing thorough, quality care. He always strives to create a positive and comfortable experience for his patients. Outside of the office, Dr. Fernando enjoys collecting vinyl records, traveling, cooking, and playing with his dogs. 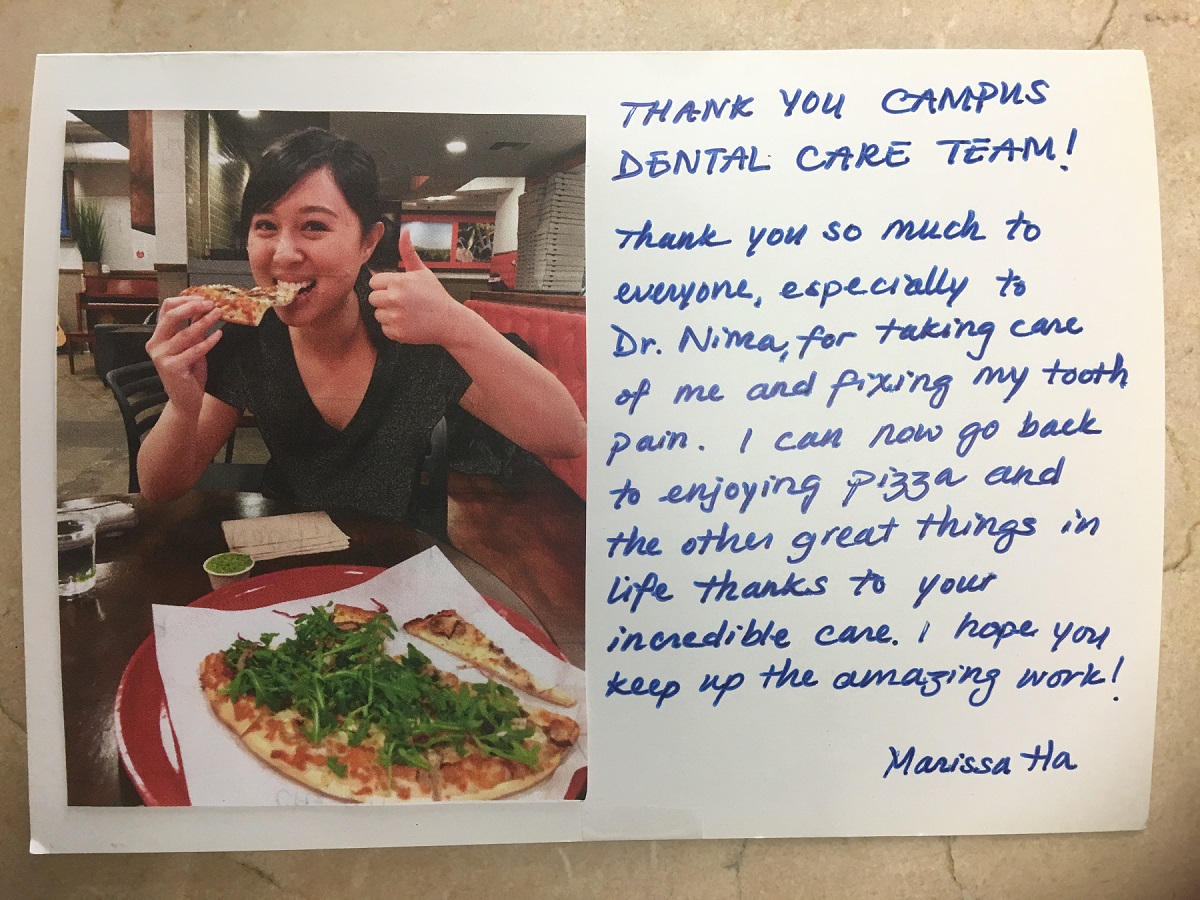 click on the image to enlarge
Free COVID Antibody Test
for New Patients with SHIP Insurance,
After Free Exam & X-rays